I use a lot of film. I need to scan it, I have a back log running into nearly three years worth of film. Mostly colour negative with a smattering of B&W. This has inevitably lead me to operating an amazing drum scanner, the Heidelberg D8200. For the last few months I've been testing and refining my scanning workflow. Getting colour negative to scan simply and with predictable results that look like a decent first pass from contact or enlargement has proven to be a journey. The web is littered with mixed wisdom, oddball profile based hacks, software with horrid UI's and lots of confusion.

The D8200 is 250Kg precision beast, it's native software, less so. I should declare I've only tentatively explored NewColor and LinoColor. Both have a few limitations that don't lend them to colour negative scanning, Linocolor is 8bit and runs on OS9 (I enjoy history but prefer not live in it) but can pull of bloody good chrome scans with due attention. NewColor at least runs on something from this century, OSX 10.2 Jaguar. But fights you with constant amount of sharpening being performed regardless and no way to extract a linear gamma 'raw' file. (there is a work around thats recently surfaced).
The software for these beasts was perfect for there time. These machines where productions beasts converting 1000's of Chromes to near print ready files, colour negative was a late addition and the whole market just disappeared ending any further development in early 2000's. 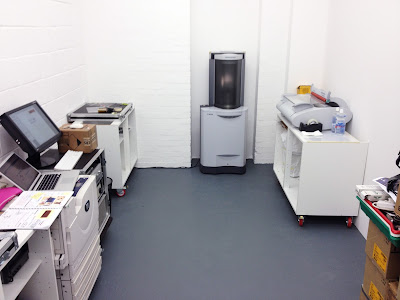 This leaves me with Silverfast. This software is near modern, running under 10.6 (Snow Leopard)!! It can interact with the scanner and most importantly can pull a 48bit 'raw' scan with linear gamma. The small price being the software is clunky, occasionally misses focus and exceptionally expensive for what is essentially abandon ware.