After much anxiety and unease i have finally settled on an idea to pursue for my third year studies. Much of my early thoughts for a self directed project were concerned with quantization and the influx of many forms of human information into computers. I felt a strong urge to explore motion, mainly prompted by the knowledge that Biad's VRU had a animazoo capture suit and a loose idea of capturing the creation of a sculpture in the making. However this idea failed to gel in my mind and realizing the technical limitations of having to learn maya and some form of programming language to really get the best out of the data.

I have looked back at two years worth of university work to find an appropriate goal. Out of all the work i have produced only two pieces were of any real interest. ClipTag an Autonomous User Generated Narrative web-page that created short movies and an early video/image making program that created what i have loosely termed Static Timelapses. 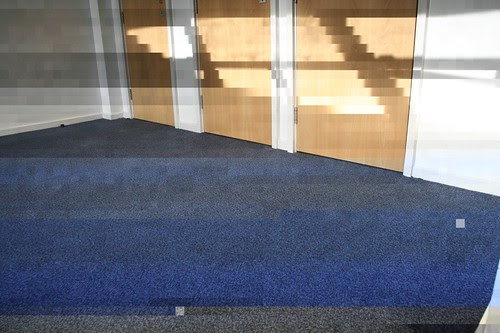 The process works by gathering images that would create a single shot over a period of time. The above image is only constructed from about 1500 images/4hours, the pixel by pixel value that creates each segment of the image is tied to the total number of source images. Each whole image represents the a movement of time and challenges the 'decisive moment' philosophy of image making.
at 10:22 PM 1 comment:
Newer Posts Older Posts Home
Subscribe to: Posts (Atom)