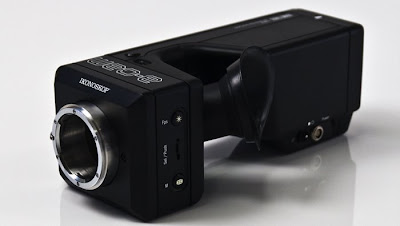 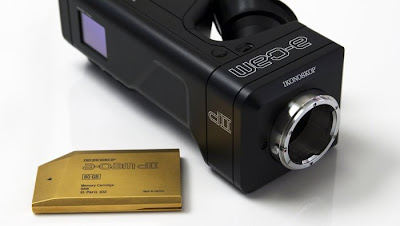 Ikonoskop vs Red
Europe's answer to Red. Seems like a dramatic statement but i feel it's accurate within the context of each cameras market. The Red is quite simply amazing. In the sense that it's slipped in from the leftfield and offers feature and workflow options that even the historical film technologies leaders failed to offer. And it does it at an amazing price point. If your an American indie shooting a short of a low budget feature this camera opens a whole world of options. But there in lays the rub. The American idea of low budget can often be measured in 100's of thousands. Over in Europe and especially the UK its measured in thousands! The ikonskop i feel will neatly fill the gap. Being greatly cheaper than Red but offering nearly all of the advantages of a raw HD workflow. I cannot wait to get my hand on some sample footage. But i can see this really empowering a new generation of film makers who want total control. And as someone with an eye on post, raw can only be a good thing.
at 5:27 PM No comments:
Newer Posts Older Posts Home
Subscribe to: Posts (Atom)