I now a have a working version of my hombrew software, it needs a bit of clearing up and testing but now i can produce test images. At the moment these are limited to a few hundred input images, even though the capture software will allow 100'000's of capture the G7 dies and i have yet to find a power adaptor so i might just make one. 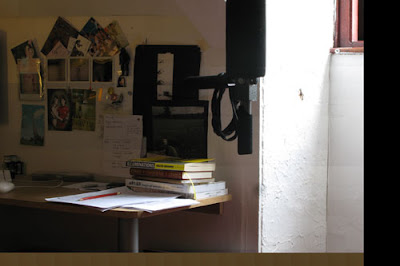 This test only used about 300 input photo's and displays only about 5 minutes of captures. The Brownish squares at the bottom are some kind of distorted image data or fault in the program. As i do more test i will solve these issues. I have been unable to output enough frames in any format video or still's that would allow an image to be made at a 1:1 pixel to image ratio. Below is an even earlier test where the scaling had not been resolved and the images colour data was not being represented correctly, this is properly because of the way it was being stored and accessed from memory for the GLPro program. As can be seen when clicked on. The full size images display a fair amount of noise, im not sure how well this can be circumvented, especially given that i want to print them so large. I would accept some compromise except i was aiming to produce the most seductive prints, maybe a bit more effort in the image subject matter might help the balance. 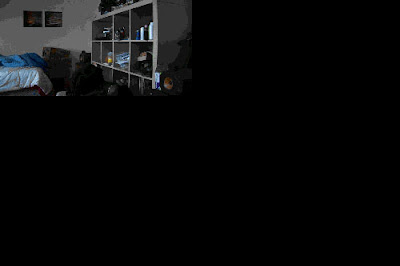